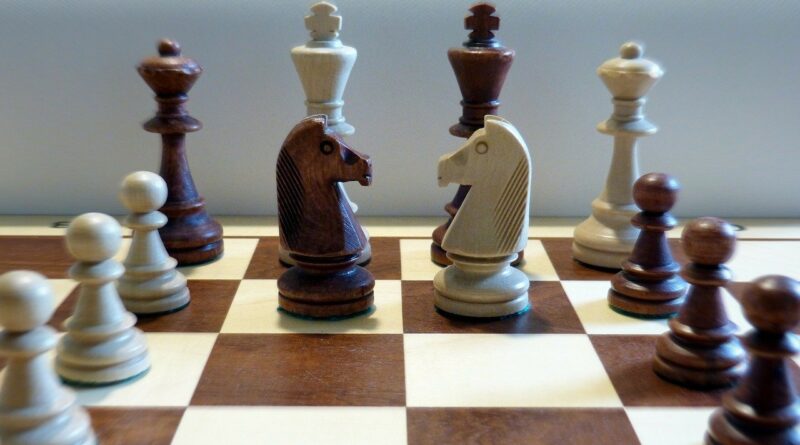 Self-awareness has long been considered one of the essential skills for leadership development and rightfully so. It has been associated with an increase in self-confidence and creativity, as well as improved communication and decision-making, all of which are necessary for efficient leadership. There is more to self-awareness than meets the eye, however. It is not just about being cognisant of one’s emotions, drives, actions, and reactions; it is not synonymous with introspection, nor is it a skill that is meant to be perfected alone. In this article, we will unpack the subject of self-awareness and address ways through which it can promote leadership development.

What self-awareness is and what it is not 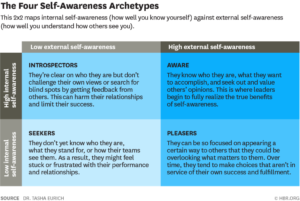 Only 10% to 15% of the 5,000 participants fit the criteria for self-awareness, when it is defined according to these categories, making it a truly rare ability.

Eurich and her team found that the more power people held, the more likely they were to overestimate their abilities. Additionally, managers that had more experience were more inclined to overestimate their leadership effectiveness compared to managers that had less experience. The team came up with two suggestions for why this happens. One reason could be that senior leaders do not have enough people in their circle that can offer them candid feedback.

A second reason is that people could be afraid to offer candid feedback, fearing for the safety of their careers. No matter the reason, however, it is clear that a lack of regular candid feedback from outside sources damages leadership development, as leaders cannot develop external self-awareness. So, one way to address this issue is for leaders to intentionally allow “loving critics” – people with the best interests at heart who can also give honest feedback – to be part of their circle.

When it comes to improving internal self-awareness, people need to realise that introspection, the ability to identify the cause of emotions and actions, is not synonymous to self-awareness, nor does it lead to it. Accordingly, some of the questions often used in introspection, such as “Why?”, are not appropriate for internal self-awareness as they can hamper the process and practice of self-knowledge. Questioning why an employee reacted badly to your feedback or why you might like an employee more than another might bring up feelings that will then fuel the answers to these inquiries.

But feelings have been reliably shown to be inaccurate indicators for determining reality. Eurich and her team found that people more accustomed to asking “What?” rather than “Why?” when reflecting on their actions and emotions are more likely to achieve a type of self-awareness that will lead to successful leadership development. For example, rather than asking “Why was this team member irritable to me?” (and perhaps reaching the conclusion that it was because you are a bad manager) it is more efficient to ask “What happened to make this team member react with irritation?” (the answer might be a lack of caffeine, low blood sugar or not enough sleep).

Asking “What?” rather than “Why?” also allows leaders to develop a clear action plan and come up with goals and steps that will permit leaders to achieve their desired behaviour change and leads to better leadership development. 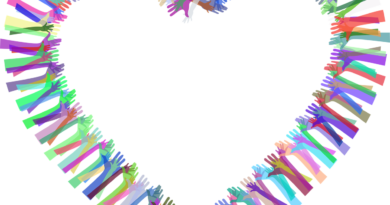 How Volunteering Can Help People Living with Chronic Illness

Rowena Wood: How managers can use coaching to help employees transition back to work

Only 3 in 10 young men say they would attend therapy, says IACP survey